Zillow plunged hard on a revenue miss & announcing they were acquiring a loan origination shop named Mortgage Lenders of America for an undisclosed sum.

It is the second quarter in a row where Zillow bombed out after announcing soft earnings & jumping into a new business line.

As much as some investors hate the Zillow Offers model which is essentially home flipping, Zillow expanding in that direction is probably a good call just to limit some of the potential investments in competitors who could start with that business model, build a destination site & then move across to compete against the core Zillow or Trulia sites.

With Softbank’s Vision Fund throwing hundreds of millions or even billions of Dollars around, preventing smaller startups from getting a solid footing with even a tiny vaporware side business is a big win.

And while owning a loan origination shop will have Zillow competing directly against other players on their platform, it shouldn’t be a significant risk as there are not many sites who have access to the core audience in the buying mode & most of the smaller independent players are way behind in share, brand awareness & technology.

If you are not one of the big 4 or 5 US banks (JP Morgan Chase, Bank of America, Wells Fargo, Citibank, US Bank) then you need to acquire customers through some other channel with a connection to the consumer. There’s only a few players with a strong footprint: Google, Zillow, Realtor.com, Bankrate. From there it is likely either a big step down in volume with something like Bing or a big step down in quality with sort of mystery meat clicks & leads from a lot of other providers.

If you look across the web a lot of the vertical destination sites have been bought out. Pure play sites like WebMD & Blue Nile have been going private for years. IAC & their former companies have rolled up players in categories like travel, dating, & home improvement.

One of my favorite tools for tracking how strong businesses are online is SEMrush. Here is a screenshot for some of their Zillow data.

This provides a quick “at-a-glance” view of their historical Google performance along with where they sort of fit in with their competitive set. 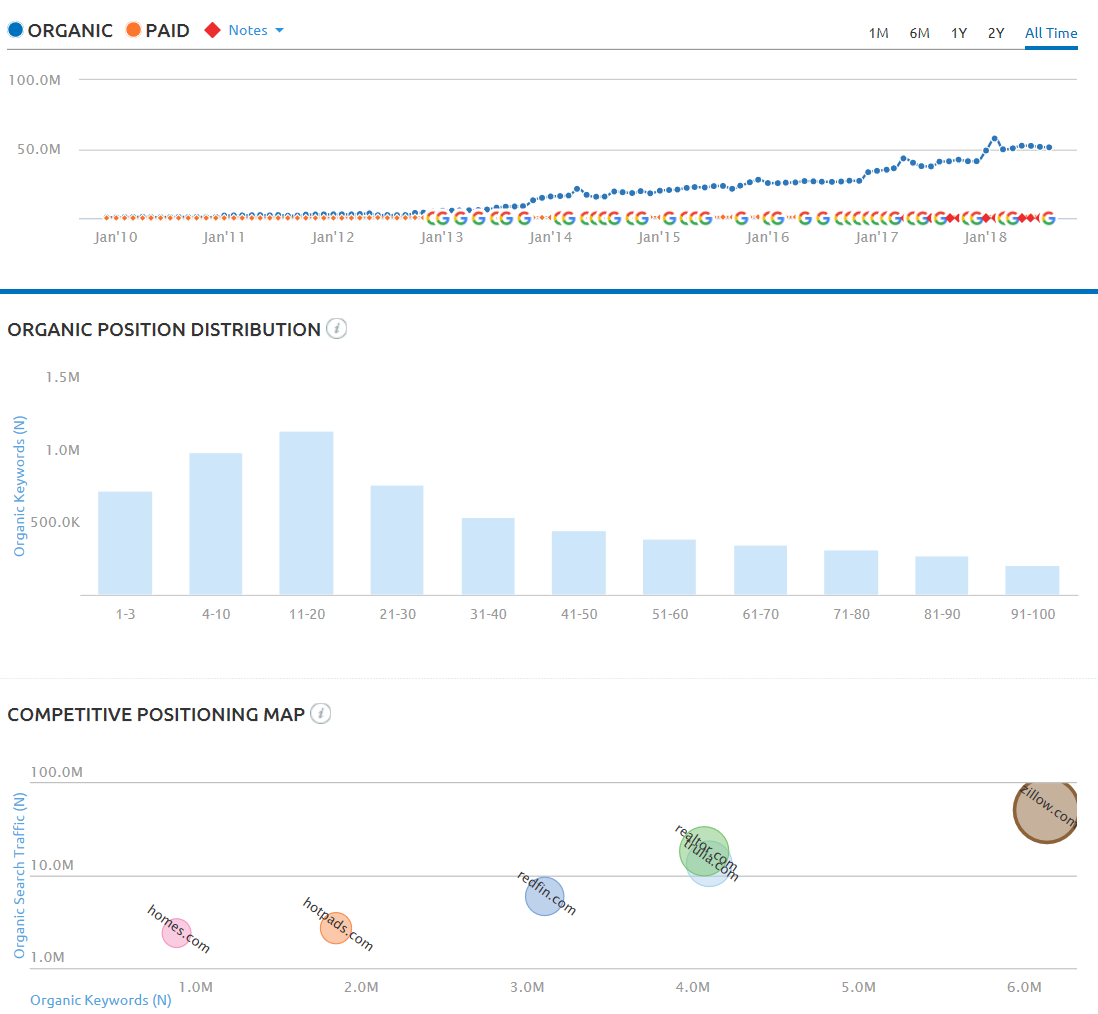 From that graphic you can see:

There are lots of estimates baked into data from such tools & maybe dominating the category means they won’t have a lot of room to grow via search directly, but if they are a strong destination site many people will bypass general search engines and visit the sites directly.

The SEMrush traffic analysis section estimates Zillow gets about half their desktop traffic directly from end users.

Zillow’s current market cap is a bit under $9 billion.

Silver Lake acquired Zoopla for £2.2 billion (equivalent to $3 billion at the prevailing exchange rate at the time the offer was made). Zoopla is one of the leading UK property platforms along with Rightmove.

Zoopla’s search traffic profile for their core site looks similar to the chart for Zillow. 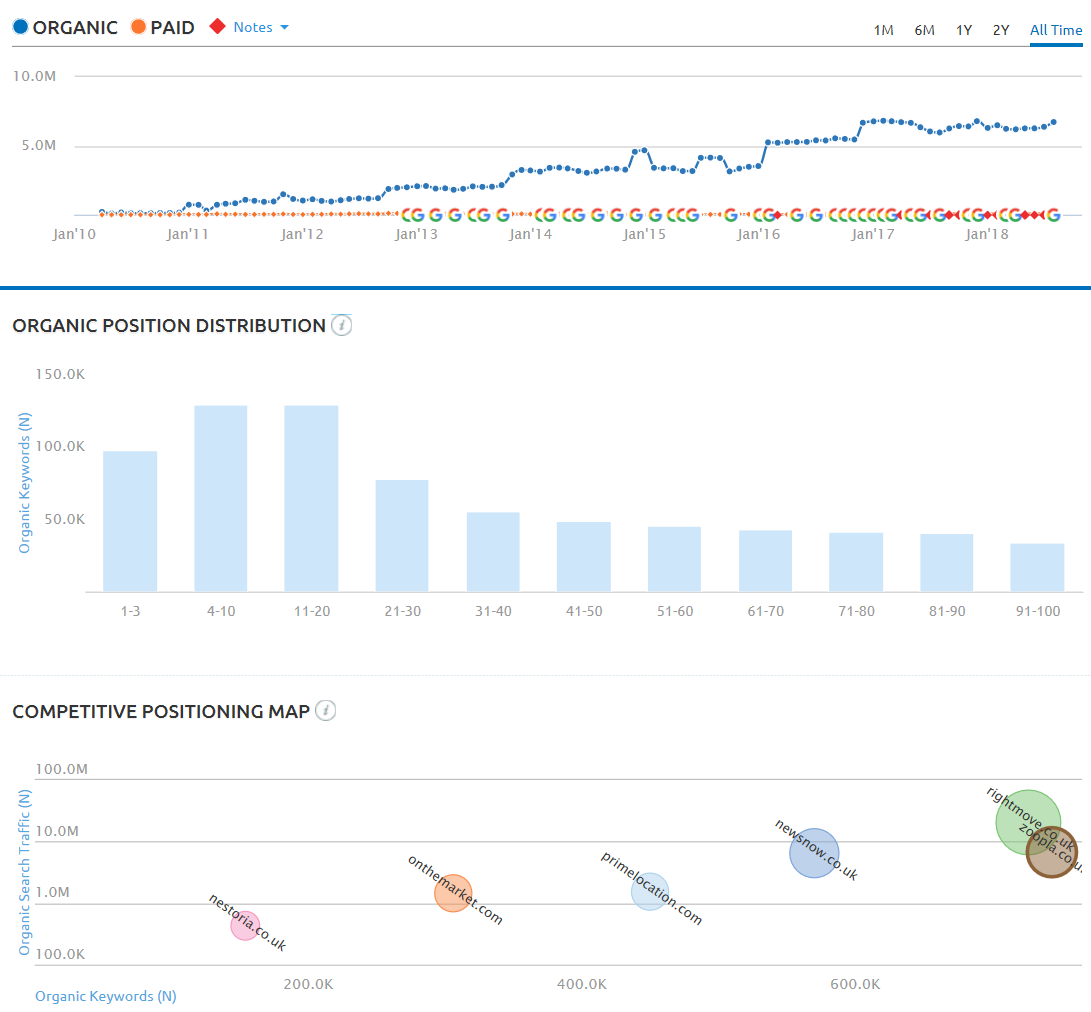 A few big differences between Zoopla & Zillow are:

Disclosure: the author was not paid to write this article & has established a position in Zillow stock today.