You Have to be Awake to be in the Game

Once again Yandex was up big on open, cratered, and then recovered a bit.

A big part of day trading is being awake during the trading day. 🙂

I screwed up my back and my sleep so I didn’t catch open, though thankfully am feeling a bit better now. I woke up right as the stock was bottoming and didn’t have my mind set to be able to trade then.

Yandex’s founder Arkady Volozh has a significant voting share in the company & put out a statement he had no interest in selling his stake.

Two other notes about Yandex.

First, as of their February report their US-based shares are largely held by a single entity:

Yandex said that as of Feb. 15, 2018, there was one holder of its shares based in the United States which held almost all Class A shares, or around 42.10 percent of shares by voting rights. It did not disclose the name.

Second, Russia has a draft law which will limit foreign ownership in news aggregators.

Russian-language news aggregators Google and Yandex will fall under the draft law limiting participation of foreigners in news aggregators ownership structure, submitted to the State Duma on Monday, co-author of the initiative and State Duma representative Anton Gorelkin told TASS on Monday.

In theory, if such a law were passed it would hit Google harder than Yandex in the Russian market, as Google would either be forced to create a separate operating entity for their Russian news search, or they would have to shut down their news search vertical.

If that law were passed Yandex could rebuy some of their shares and/or sell an equity stake to a local business (like Sberbank) to get the foreign ownership level below 20%.

If Google creates a separate operating entity in Russia that will play absolutely horribly with the polarized political conversation in the United States. Which would mean they would likely be forced to abandon the news vertical, which would then likely cause Yandex’s service to be more differentiated & help Yandex further gain search marketshare across Russia.

Russia was the first market to fine Google for their Android bundling. Since then Yandex has dramatically closed the gap with Google on mobile search usage, lowering the usage gap from 36% to 5%. 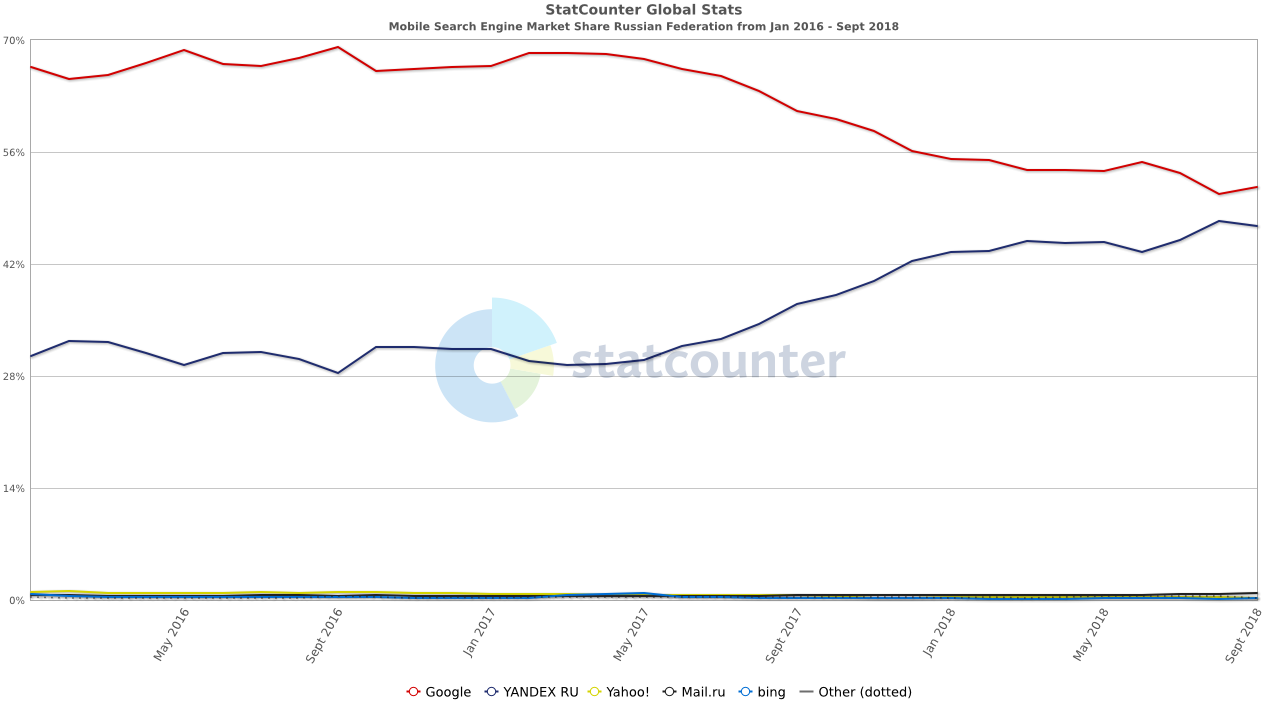 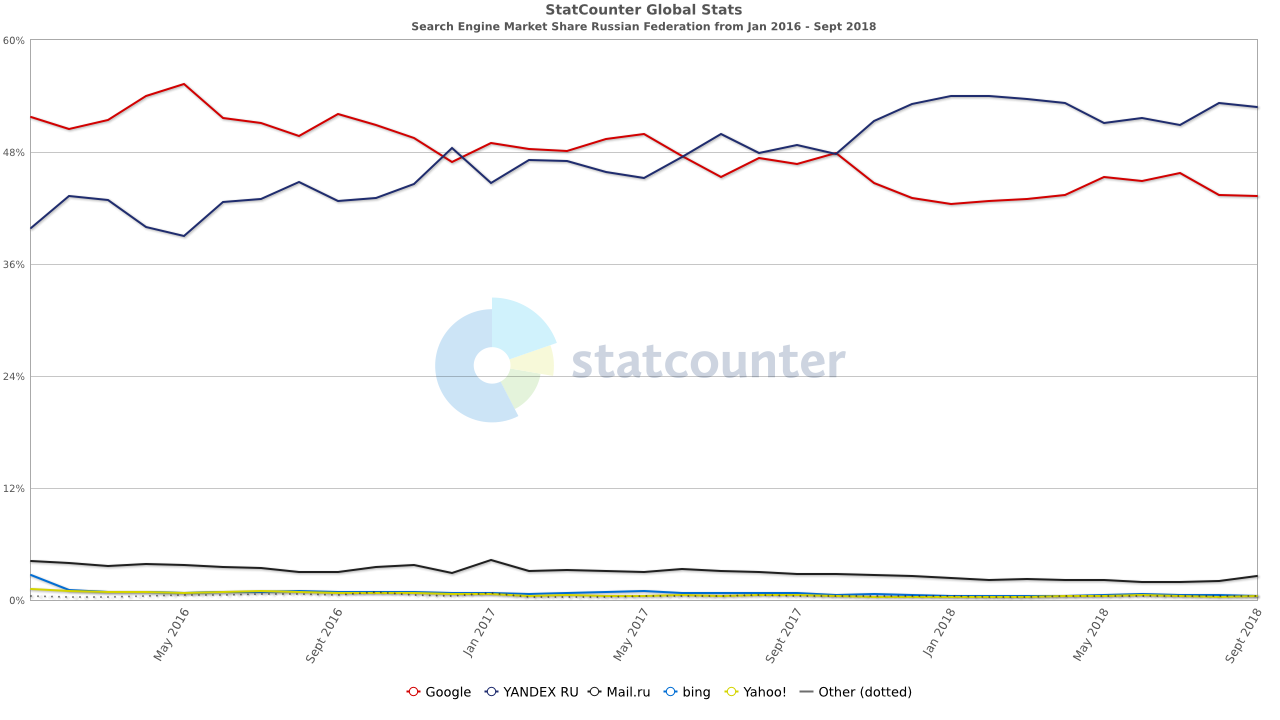 If Google lacks local news coverage then Yandex could in short order end up with perhaps 70% to even 75% of the Russian search marketshare. That would grow Yandex search revenues at least 25% on top of the general growth of search usage & search ad click prices.

Longterm the above should make Yandex a buy, however there still are 3 big issues:

I sold out a bit of TCEHY I was holding for a while at a small loss. Last Thursday I bought a small amount that I sold at a gain Friday, so these two trades just about offset.

This afternoon I also went in and out of ABBV, AEM & EBAY for small gains. I picked up a bit more ABBV just before close.